Pathfinder Motion Picture Company, LLC is a production company committed to producing critically acclaimed, financially successful films that raise consciousness and become timeless.  Founder, Hollywood veteran, Kevin McMahon established Pathfinder Motion Picture Company to take advantage of the soft and hard incentives that are emerging in his birth state of Nebraska and thereby establish a foothold in the state to help the film and television industry grow.

Pathfinder Motion Picture Company is also engaged in the development, financing and production of high caliber films with top tier talent in a myriad of genres and shooting locations destined for domestic and international theatrical release and worldwide digital distribution. 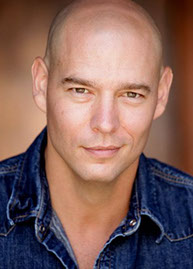 Kevin McMahon's most recent short film MILITARY HUSBAND is currently in consideration for an Academy Award.  In his long career he has worked as Director of Photography on more than 250 television series, dozens of films, documentaries and music videos. In addition McMahon has many directing, editing and visual effects credits and has served as producer on a myriad of projects ranging from music videos to feature films.  McMahon has also been on the forefront of technology in the entertainment industry and created the all solid state media management system that is widely used in digital film and television production today.  He is the writer and producer for the feature film CLASSIFIED, which has been optioned several times and in and out of development.  The proof of concept short film of the same title has gone on to several film festivals and won several awards including Best Super Short Film at Shriekfest LA 2017.

McMahon has amassed an impressive list of credits including, “The Millionaire Matchmaker,” “Coca-cola RED Campaign,” and “The Devil’s in the Details” starring Ray Liotta.   As a Director McMahon’s work includes many short films, music videos, web series, television episodes and feature films.  McMahon’s video for Warner Bros. Latin Superstar, Beto Cuevas, "Quiero Creer" was the #1 video in Mexico and Latin America for 10 weeks and his web show, The Beny Ed Series, has over 1 million views. Other directing credits include reenactments for America’s Most Wanted, Co-Director for the Ridley Scott produced “Life in a Day” and the acclaimed short film “Military Husband.”

McMahon is also the former Vice President of Sales and Production at California Pictures on the Paramount Pictures Studio Lot and has experience in domestic and international sales and distribution.  He has attended many film markets such as Cannes and A.F.M. representing more than 20 independent films for world-wide distribution.